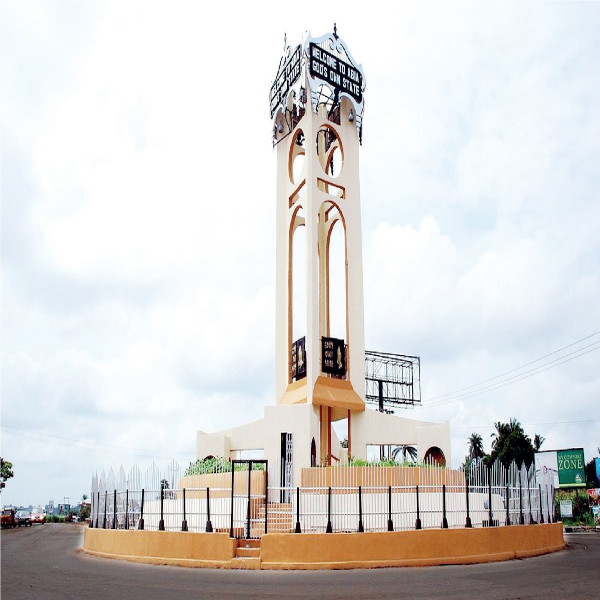 Revenue Mobilisation, Allocation and Fiscal Commission has partnered the Gombe State government in ensuring improved revenue generation through diversification of the economy.

Speaking on Tuesday, during a three-day advocacy workshop on Economic Diversification and enhanced Revenue Generation, the Gombe State Deputy Governor, Manassah Jatau, described as apt, germane and inevitable, the hosting of the workshop with the theme ‘taking economic diversification and revenue generation to the next level.’

According to him, it would serve as a clarion call and a challenge to the entire nation and particularly to those in the North-East zone.

He said, “my assertion is on account of the numerous challenges that we are witnesses to.”

Jatau enumerated the challenges to include; continuous decline in the accruable revenue into the federation account that has been the mainstay of most states in Nigeria, unpredictable, unreliable and great instability of events that largely impacted on the nations dependence on revenue from hydrocarbon that is now susceptible to the impulses of the international markets politics and health threats as was the case with Covid-19, and the discovery of oil almost everywhere in the world.

He further enumerated the challenges as, ongoing inventions that are geared towards replacement of oil and other environmentally friendly sources of energy as in the case of Alhaji Hadi Usman, a Gombe citizen who invented a stove that uses water.

The Deputy Governor lamented the baseless neglect of agriculture that hitherto was the greatest source of income and was used for the economic growth of the country which was used to explore oil.

He expressed delight that, attempt is being made to diversity the economy, noting that the attempt would bounce Nigeria back to it’s export of key agricultural commodities as cassava, cotton, hides and skin, groundnuts cocoa and palm oil etc.

“Having travelled fairly round the world, and based on my vast knowledge of the North East, each of the six states can be a country and survive if, forced to. While Taraba can survive on Tea and Tourism like Kenya, Borno can feed Africa with wheat based on the concept of Chad Basin Development Authority. Adamawa State can survive on animal Husbandry that will translate into diary produce, meat production, tannery and even production of leather and leather products like shoes, belts, bags etc.”

“Yobe and Bauchi have their potentials also. It is interesting to know that Singapore is not as big as my Balanga Local Government Area, that is 1626 square meters. Gombe in particular was known for the production of various farm produce, with the high grade of cotton hence the establishment of British Cotton Growing Areas Ginneries established in Kumo and Gombe town,” Jatau added.

Speaking earlier, the Chairman, Revenue Mobilization Allocation and Fiscal Commission, Elias Mbam, explained that the Commission was established with the mandate of sharing and allocation of revenue to federal, stated and local governments.

He further explained that, the commission also have the mandate to advise on improving sources of revenue, hence the advocacy workshop on diversification of the economy, especially in view of dwindling fortunes of oil.

He appreciated the Government and people of Gombe keying into the program and for warm reception accorded them.

Delivering the vote of thanks, the Federal Commissioner Representing Gombe, Honourable Mohammed Kukandaka, said, the Advocacy underscored the need for diversification, to explore the abundant natural resources that abound in the country.

He lauded Governor Muhammadu Yahaya and his Deputy for the political will to diversify the economy.