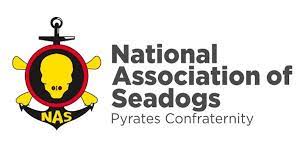 The National Association of Seadogs (Pyrates Confraternity) has denied reports that the association is in support of a Presidential candidate or any other office in the 2023 general elections following the viral video song released by the group. It also said that the song was taken out of context.

The NAS CAP’N, Abiola Owoaje, at a media briefing, in Lagos, stated that contrary to the manner in which certain aspects of the video were being portrayed, no aspect of the procession or the event itself was political, rather it was the typical climax of the association annual general meeting.

He said; “the National Association of Seadogs (Pyrates Confraternity) does not mock or discriminate against the physical condition of any person, Never, It is an unfair characterisation and offends everything that we stand for, indeed, this would cause offence to even our own members that are also, unfortunately, afflicted that this would never be condoned.

” It is most unfortunate that political capital is being made of this with interpretations that are totally at variance with the philosophy of the Pyrates Confraternity. Unequivocally, we condemn this in very strong terms.”

He further emphasised that the organisation is apolitical and has never had a preferred candidate in any political elections including the upcoming 2023 general elections with members belonging to different political parties, with freedom to support any candidate of their choice.