EFCC Nabs Brothers, 24 Others for Internet Fraud in Ibadan 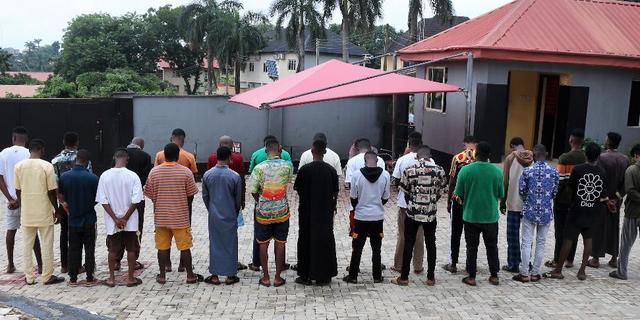 Operatives of the Ibadan Zonal Command of the EFCC have arrested two siblings: Lateef Afeez Abiodun and Lateef Abdullahi Olalekan alongside twenty-four others, for suspected internet- related fraudulent activities in Ibadan, Oyo State.

They were arrested Tuesday, September 27, 2022 at Apete area of Ibadan based on actionable intelligence worked upon by the Commission.

Items recovered from the suspects include a car, laptops, and exotic phones.

They were convicted, after pleading guilty to one-count separate charge, bordering on criminal impersonation and Point of sale, POS, fraud, upon being arraigned by the Makurdi Zonal Command of the EFCC.

They pleaded guilty to the charge, when it was read to them individually.
In view of their pleas, prosecution counsel: Ramiah Ikhanaede prayed the court to convict and sentence them accordingly.

Delivering judgment, Justice Dogo sentenced Somadina to three years imprisonment or an option of fine of N1 million. Additionally, he should restitute N1.8 million to his victims through the EFCC.

He also forfeited his phones $800 found in his bank account.

The court also froze all his bank accounts.