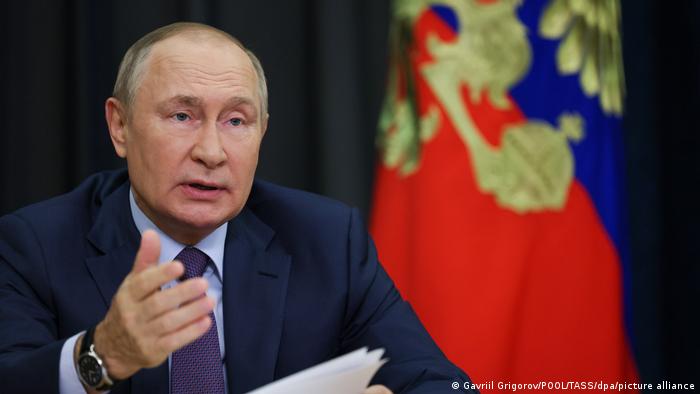 President of Russia, Vladimir Putin is currently attending the formal ceremony of the annexation of the four Ukrainian regions in Moscow.

Putin has announced that the four Russian-occupied regions – Donetsk, Kherson, Luhansk and Zaporizhzhia will officially become part of the Russian Federation today.

According to Putin, who started a war against Ukraine on February 24, the four regions will be incorporated after Kremlin-orchestrated “referendums.”

While the West has opposed the action, Putin has gone ahead with the decision.

“I order the recognition of the state sovereignty and independence,” Putin said on Thursday.

The official annexation was widely expected following the votes that closed on Tuesday in the areas.